Maritime transport & modern slavery – are you overlooking a key link in your supply chain?

Most global supply chains rely on maritime transport. Over 90% of the world’s trade is carried by sea, and sea transport remains the most cost-effective way to move bulk goods and raw materials around the world.

As a key feature of global supply chains, most reporting entities, and their suppliers, need to consider and address the risks of modern slavery in the global shipping industry, particularly as the industry has been identified as one that is particularly susceptible to modern slavery. 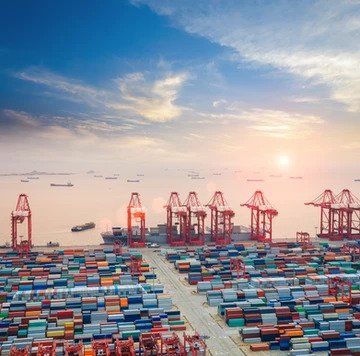 Risks of Modern Slavery in Shipping

The risk of modern slavery in the global shipping industry arises because of a variety of factors.

Seafarers are often from nations with poor records or challenges in relation to human rights, labour rights and corruption. The relatively unique feature of flag states (and the issue of flags of convenience) also creates a fragmented system of regulatory oversight, and places limitations on effective enforcement of conditions on board vessels.

While guarantees to decent work conditions, accommodation, food and medical care, amongst other standards, have been in force since 2006 under the Maritime Labour Convention (MLC), the nature of the job means that workers face isolated working conditions and are often dependent on their employers for communication with the outside world. This makes seafarers particularly vulnerable to exploitation.

The shipping industry also operates under constrained costs, which can result in the outsourcing of operation of vessels to third parties and cost cutting measures affecting seafarers.

This year alone the Australian Maritime Safety Authority (AMSA) has banned 4 vessels from Australian Ports for underpayment violations. All were bulk carriers, flagged in Panama, Liberia or Hong-Kong, and were banned for underpaying or not paying their seafarers, and for other breaches of the MLC related to working conditions. While AMSA’s intervention via the detention of vessels results in the repayment of wages and can also facilitate the repatriation of seafarers, AMSA is only able to act in relation to vessels in its jurisdiction.

Impact of Covid -19 of Seafarers

The impact of the pandemic on seafarers is difficult to overstate. Port restrictions have reduced or eliminated the ability of seafarers to take shore leave and have increased the cost and logistical difficulty of repatriation. AMSA has reported a large number of MLC complaints as a result of the pandemic, which relate to:

1. Seafarers serving at sea over the maximum 11-month period, and with expired Seafarer Employment Agreements.

2. No plans for the repatriation of seafarers after their employment agreements expire.

3. The amount of time spent on board by a seafarer being in excess of 11 months.

The International Chamber of Shipping estimates that around 400,000 seafarers are working beyond their initial contracts (with some tours extending to 17 months at sea), with a further 400,000 waiting ashore with little or no pay. The International Transport Workers Federation has also expressed concerns that seafarers are extending their current contracts under pressure from employers, and fear being blacklisted if they complain about situations which the Federation claims is “bordering on forced labour”.

International organisations have expressed frustration at the lack of global political will to deal with the issues facing seafarers (and by extension, the entire global trade network) in particular the difficulty in facilitating crew changes due to COVID-19 restrictions, and the failure to designate seafarers as ‘key workers’ along with airline crews and medical personnel. The IMO has established a Seafarer Crisis Action Team, however greater coordination and action is required from governments worldwide to address the issue.

There are also reports of charterers inserting ‘no crew change’ clauses into charterparty contracts to avoid taking on added costs of repatriating seafarers, undermining industry efforts to solve the crewing crisis.

If the crewing crisis cannot be resolved, the International Labour Organization has warned that it will seriously compromise maritime safety and could lead to a potential breakdown of global supply chains to the extent that they may ‘simply cease functioning.’

What can our business do?

Many large carriers have taken steps to understand and address the risks of modern slavery in their operations. However, it is evident that others have not. If your business or industry is heavily reliant on products or materials transported by sea, or you are a reporting entity under the Modern Slavery Act 2018 (Cth), your business should review the risks of transport in your operations and supply chain and:

Make informed choices when it selects a carrier, freight forwarder, vessel and/or operator (as the case may be) to carry out the transport. This may include (depending on the nature of the engagement):

Call us on 61 2 9191 9856 or email info@tlblaw.com.au for more information or to book your confidential discussion.